When I was 18, I went to my friend Jocko’s Century cottage on an island in the Kawartha Lakes for a weekend getaway with buddies.

The majesty of Nature abounded, and I had an epiphany sitting on the dock with the lake all around. The wind had riffled the water with a thousand dancing maidens, glistening in the waning sun.

Looking closer, a scene began to develop in every wavelet, each individually telling its own story and together, forming a grand tapestry of a unified whole. Such is the manner in which my life has played out since. And this experience has set the tone for the pages that follow, both the sublime and the mundane.
- Ross Ulysses Munroe 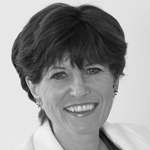